We’re an affiliate. We hope you love the products we recommend! Just so you know, we may collect a share of sales or other compensation from the links on this page. Thank you if you use our links, we really appreciate it!

How much ammo do you need in a bug out bag? The amount of ammo needed in a bug-out bag depends on the reason for needing it and how long it will take to get to safety. When you go out of the house, you must remember how risky your safety is and you have to carry ammunition accordingly.

Ammo. It’s a hot topic among preppers, and for good reason—you never know when you might need it. But how much ammo do you really need to include in your bug-out bag? And what kind should you pack? Keep reading to learn more.

What Is a Bug out Bag?

A bug-out bag is a kit that has what you need in case something were to happen and you needed to evacuate your home. These bags usually contain food, water, and basic necessities for survival.

The whole purpose of a bug-out bag is to provide you with an easy-to-carry pack or bag that would get you to your bug-out location or a safe location.

These types of bags also help in other situations such as for keeping in your car so that you have the necessary supplies to get you back home in the case of an emergency or SHTF situation but in that case, it is referred to as a GHB or get home bag.

Should I Carry a Gun or Ammo in My Bug out Bag?

A lot of people are wondering if they should carry a gun or ammo in their Bug Out Bag. The answer is not as simple as yes or no.

It really depends on what your situation is, where you live, and what kind of environment you are trying to survive in.

Here are some thoughts for making the decision about whether to take a weapon with you when bugging out.

Why Wouldn’t You Carry Those in Your Bag?

We all know that guns are dangerous and should be carried with care. Many people still carry their firearms in purses or bags without considering the risks of carrying ammunition alongside.

You may not think it’s a big deal to have ammo on hand, but if you’re ever caught in an active shooter situation, your bullets could save your life!

By keeping them at home where they belong, you can avoid some major safety hazards.

Do you keep your gun loaded? It is absolutely vital that any person who owns a firearm does so responsibly by keeping their weapon unloaded when it is not needed for self-defense purposes. The same goes for those who choose to carry around spare rounds of ammunition.

How Much Ammo Do You Need In A Bug Out Bag

In a bug-out bag, the best way to store ammo is in small packages and not loose. The reasoning behind this is that if you’re running low on ammunition and find yourself in an emergency situation, it’s easier to find what you need quickly.

It may seem like common sense, but I’ve seen many people just throw all their ammunition into one big container or box without any organization.

This can be really frustrating when trying to grab as much as possible as fast as possible especially if your hands are shaking from adrenaline during an emergency situation.

It is not a bad idea to have extra pre-loaded magazines or speed loaders depending on the type of gun you are bugging out with.

This will help keep your ammo a little more accessible in potentially difficult or dangerous situations.

It’s also important to realize how much ammo will go into a single magazine for each gun type because it varies by the caliber of the rounds.

For example, if a clip or magazine holds 10 bullets, how much would that weigh.

In the chart below you will find some common calibers and their weight per shell in grams as well as some common amounts in pounds to get an idea of what it will be like to carry that in your bag.

How Much Ammo Should I Carry?

Well, it depends on your choice of firearm. If you’re carrying a .22LR handgun, then 10-15 rounds are the right amount.

On the other hand, if you’re carrying an AR-15 rifle or shotgun with slugs, then 50 rounds are appropriate.

Whatever your choice of weapon may be, make sure that it works for what type of activities are ahead so that there isn’t any confusion when it comes time to use them in a defensive situation.

For newcomers who want to start shooting with a pistol and still do not know the ideal caliber of their ammunition, 9mm rounds are usually the best starting point as they can be used in all types of firearms and offer adequate stopping power when needed.

If you are looking for something that is heavy-duty but still affordable, go for the .45 ACP round instead. The biggest thing is that no matter how much we suggest, the most effective way is to carry the ammunition you need.

How Many Magazines Are in A Bug out Bag?

A bug-out bag is a kit that contains everything you’ll need to survive if disaster strikes. The essentials of these bags include food, water, and things to build a shelter. What about how many magazines should you have in there for your gun? It really depends on a couple of things:

There is a lot of debate about how many magazines to put in your bug-out bag. Some people say that you should have one magazine for each day, while others recommend that you only put the amount of ammo it would take to fight off an ambush.

What are some pros and cons of both sides? If you plan on fighting off an ambush then having more rounds could come in handy since not all ambushes are successful.

On the other hand, if you only need a few rounds but they’re taking up space in your bag then it’s probably better just to bring.

Best Way to Carry Ammo in A Bug out Bag

A bug-out bag is a backpack that you keep packed and ready in case of an emergency. It’s designed to carry everything you need for a few days, including food, water, medical supplies, and ammunition for your weapons.  The best way to carry ammo in a bug-out bag is with the use of pouches or bandoliers.

These items will allow you to organize your gear efficiently so it can be quickly accessed when needed most. In general, if there are two people going on this journey together, they should each have their own separate pouch or bandolier because then both parties will know where all their gear is at any given moment in time.

It is important to consider what type of ammo you will need and how much you should carry so that you do not carry too much.

You should avoid carrying too many bullets as they take up space and weight, but do not forget that you may need more than one bullet per gun during an emergency situation.

It is also important to consider where the ammunition is stored within your bag so that it does not get damaged from rain or moisture if it needs to be kept outside of the bag for any reason.

Ammo boxes are a great way to store bulkier rounds such as shotgun shells or pistol magazines. while smaller rounds like 9mm bullets fit nicely into small plastic containers with lids that seal tightly shut.

So, how much ammo should you really put in your bug-out bag? The answer is that it depends on a lot of factors. But as a general rule, it’s always better to have too much than not enough.

So, start with the minimum and then add more if you can. And remember, this is just for self-defense; you’ll also need food and water to survive in an emergency situation. 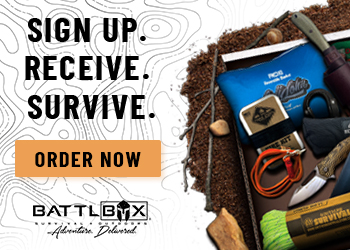 My name is John and I am the main editor and work closely with two key writers both of whom are experienced survivalists and preppers.